Today's ride at Charles Bronson State Park was a prelude to Gayle King's Birthday luncheon.  We had a great time - the weather was not too hot, not too many gates to open, and the scenery was as always, beautiful.

No one fell off during the ride - always an indicator of a good ride, but Lisa Dietrich couldn't resist on her way home and got tossed practically in front of her driveway!  It's as they say, most accidents happen near home.  She was sporting a bandage when she returned to the party but fortunately her helmet saved her noggin.

The luncheon was awesome - too much food.  We missed you Liz Kanan. 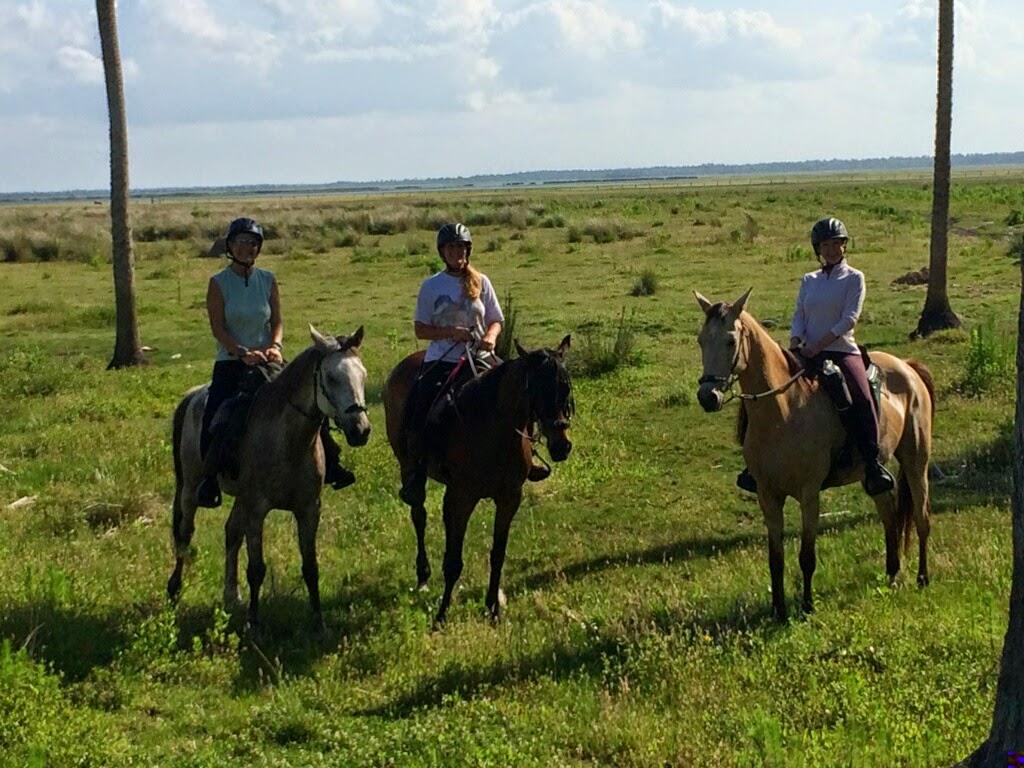 Posted by Peggy Hoyt at 7:33 AM No comments:

Tis the season - to ride

I've been remiss in my postings - not because we haven't been riding, I guess it is just the busyness of the season.  Some of the gang has been bugging out some - but still trying to get in two rides each weekend if we can.

My new horse, Spirit arrived safely from Virginia on Friday December 6.  I rode him December 8th with Caren Stauffer at the Chuluota Wilderness for the first time.  He did really well despite his long ride and his furry coat in the heat.

Heaven is making a full recovery from her accident right before Thanksgiving when she decided to slam herself and her hip into the barn.  Thought I was going to have four days to ride and got none, on her.  I did ride Caren's Slim twice during that time period though.

We had a great ride out at Liz Kanan's house.  We hadn't been to Beck Ranch in a long time so it was really fun.  We probably got in about 15 miles.  I thought someone took some pictures but apparently it wasn't me.
Caren, Lisa and I rode at Christmas Creek one day.  Also had not been there in a long time but we were getting bored of all the same places. 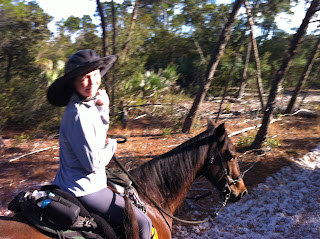 Lisa and I also got in a ride together at standby favorite - Little Big Econ State Park.  It was fun for me because I rode my long time favorite, Shalizar.  I started riding Shalizar when he was 5, now 25 and still going strong! 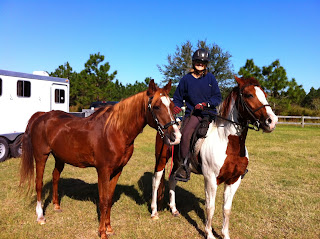 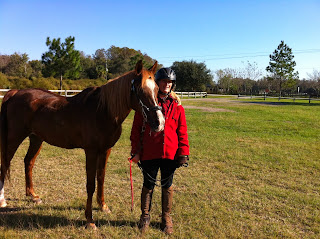 This past weekend, I rode Heaven with Lisa around the Lake Pickett Estates neighborhood.  It was rainy and we decided to visit neighbors on our ride.

Sunday, Gayle King and I rode at Little Big Econ.  Coup had an excellent ride the weekend before at Suwannee where he was 2nd in the 50.  Congratulations to Gayle and Coup! 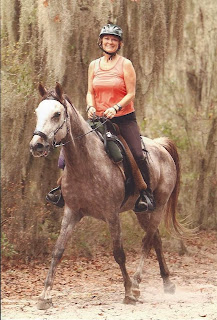 Spirit did awesome on our ride, but he clearly is going to require a strong rider and a lot of miles.  He is a little go-go Mighty Mike.  Wants to be first, wants to go fast.  The first five miles I thought my arms were going to be pulled out of the socket.  Hopefully when he gets used to our routine - he'll settle in.  Didn't spook at a single thing!

Till next time, Happy Holidays - enjoy the season and ride!

Posted by Peggy Hoyt at 7:52 AM No comments:

I've been neglecting my Riding with Friends blog lately.  It doesn't mean we haven't been riding, just that I haven't been efficient enough to get the information posted.

Last Sunday was the Boggy Creek 27 Competitive Trail Ride.  We arrived on Saturday in the midst of some pretty ugly, rainy weather.  Turned out to be completely worth it though because Sunday could not have been prettier. 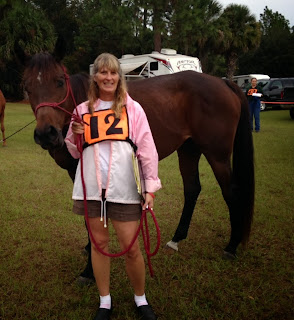 We got an extra hour of sleep, the ride went off about 6:45 a.m. and because Kirsten and I did the fun ride - a new SEDRA division - of only 15 miles, we were back before 9:30!  I did take my first tumble off of Heaven - it was bound to happen some time - about 1/4 mile from the finish.  They say that  "most accidents happen close to home" - it's true.

Friend Kirsten was visiting from Columbus, Ohio.  She is an avid rider but this was her first RV overnight and fun ride.  She rode Lisa Dietrich's horse, Shalizar, a 25 year old Arabian who thinks he's 5. 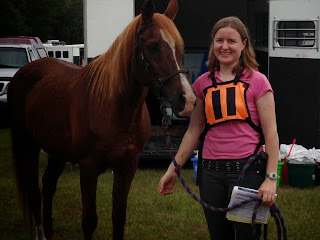 Lisa Dietrich was on her horse Kai, still relatively new to limited distance endurance and competitive trail but always ready and willing to go. 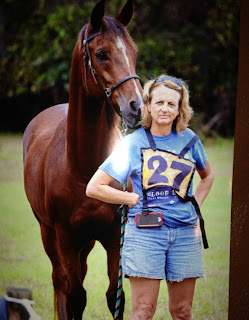 Gayle King was on Coup. 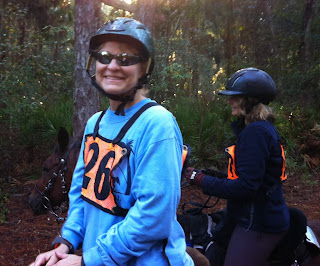 And we met a few other friends on the trail.  We were all able to ride together for the first 7 miles, then the fun riders had to turn off and the rest of the gang went on to finish the full 27 mile ride. 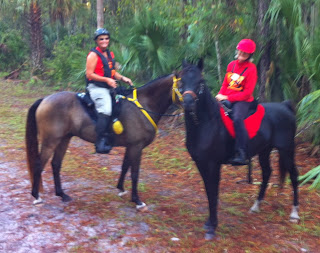 Overall, it was an excellent day - we had a ton of fun.  This is one of the very best rides and this year was no exception.  The Friday pot luck is always awesome, tons of raffles and silent auction items.  Congratulations to Linda Winkel for her fund raising efforts - she brought in more than $2,000!  Way to go Linda.  A big thank you to the volunteers who make this ride possible - let's do it again next year! 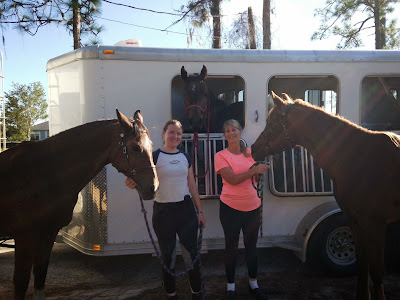 Posted by Peggy Hoyt at 7:25 AM No comments: